Morning Coffee: Deutsche Bank will now be making some quirky junior hires. The most intense bankers in Asia 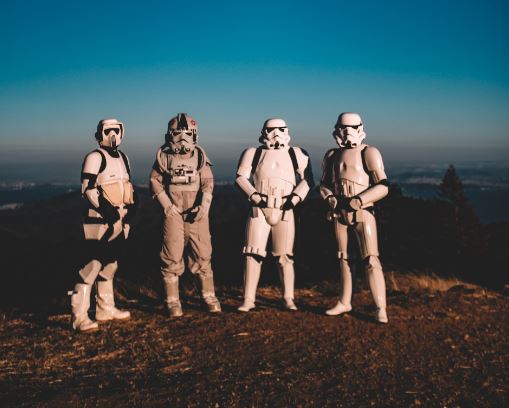 Here’s an “estimation question” which probably won’t show up at any investment banking interviews in the foreseeable future, because the answers aren’t ones that a lot of recruiters want to hear:

If you take the top quartile of the total graduating classes of the top twenty MBA programs, subtract everyone who got an offer from a tech firm and presume that ten per cent of them will go into startups and another twenty per cent hate the banking industry no matter what, then divide by the number of places on investment bank associate programs, how disappointed are some recruiters bound to be, particularly given that they are trying to meet diversity targets while hiring exclusively from a pool that isn’t necessarily very diverse itself?

Ever since the era ended when Wall Street could have its pick of the very top graduates of the very top schools, with only the occasional eccentric heading for McKinsey or Bain, something like this problem has presented itself every year.  At Columbia, for example, the proportion of MBAs going into finance used to be 30%, but is now more like 15%.  And there’s no guarantee at all that this represents the top 15% rather than the ones who couldn’t get offers from Google and Amazon.  According to “people familiar with the matter”, Deutsche is planning to be the latest bank to try to do something about it.

There’s something of a “back to the future” aspect to the new strategy of hiring associates from law, audit firms, consultancy and from industry; this used to be much more common.  People would go into banking on the recommendation of their army buddies, or talented youngsters would be spotted in the finance functions of corporate clients.  Even to this day, Michael Ilgner – the Global Head of HR at Deutsche Bank who is presumably ultimately responsible for the new policy – found his way to the top ranks of the banking industry via management consultancy, Olympic water polo and the German Sport Aid Foundation.  It guards against an intellectual monoculture and means that there are some people around with of the world outside banking.

Or at least, that’s the way it’s meant to work. The danger, of course, is that you end up recruiting people who aren’t quite ready for the world inside banking.  The good thing about MBAs is that you can usually just about rely on them to have a general understanding of finance.  More and more MBA schools put on practical courses in things like financial modelling, so they are by no means as wet behind the ears as they used to be.  And importantly, the MBA qualification usually includes an element of hazing and accommodation to a culture of working all-nighters and networking.  These are the elements of the job that can be the most difficult to teach people, particularly if they’ve got used to other industries’ ways of working.  There’s a reason why banks started recruiting so heavily at business schools after all, so it’s unlikely that even Deutsche will be able to do without them entirely.

Elsewhere, bankers in New York and Europe whose gyms are closed can only look on in envy at their Hong Kong colleagues as the global Crossfit Open contest begins.  It’s an annual event in which lean, muscular, extremely into-it professionals compete by recording videos of themselves doing workouts of increasingly outlandish unpleasantness, in the hope of winning a trip to California to do the same thing in person.  Across much of the world, of course, people will be swinging kettlebells around in their living room, or annoying neighbours downstairs by jumping rope.  But in HK, the “boxes” are open, so they can stand around encouraging each other.  With financial professionals, as always, leading the way in terms of competitiveness – the portfolio manager and the man from Bain both make a point of saying that this is how they like to start the day – it might be Hong Kong’s year in the world championships of exhaustion.

At Deutsche’s asset management subsidiary, DWS, they have taken an even more radical approach than just diversifying beyond MBAs.  No more Managing Director titles, a flatter management system and quicker promotion for strong performers.  This is actually a 2019 initiative, but it was felt that taking away titles during a pandemic might have been a bit too much to handle. (Bloomberg)

As the song goes, “take heed, cause I’m a lyrical poet / Miami’s on the scene, just in case you didn’t know it”.  As well as Goldman’s Jason Matthews, it seems that John Lowrey, Citi’s global head of electronic equities markets has also departed for the sun – according to his LinkedIn, his new consulting venture Imbrium is based in Naples, Florida (The Trade News).

Even New York mayoral candidate Andrew Yang is worried – he claimed to be “depressed” after allegedly having been told by a Goldman Sachs executive that they were opening an office in Tampa. (Bloomberg)

Bill Ackman has a fan club on Reddit, who are following announcements about his SPAC with QAnon-like zeal and trying to do the internet sleuth thing to work out which company he will end up acquiring.  Current best guess of the Redditors is that it will be Stripe, the payments company.  Mr Ackman apparently reads the r/PSTH forum and says that he “doesn’t want to disappoint” people who photoshop his head onto Bruce Lee film posters. (Institutional Investor)

Goldman Sachs has never been bigger in Singapore, with 100 planned hires taking the headcount there to over 1000. (Bloomberg)

One of the problems with the “whole bank approach”, a core strategic concept at Credit Suisse, is that when you deliver an integrated package of lending, advisory, capital markets and wealth management services to a client like Lex Greensill, when something goes wrong there are multiple points of contact and the whole bank comes under scrutiny. (Finews)

Photo by Saksham Gangwar on Unsplash