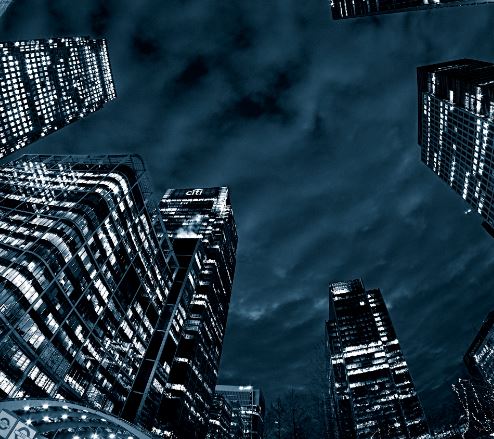 Somewhere in London is a senior equities banker - potentially retired - with a house in the country (potentially living there during lockdown), who had an interesting power-play. On a Friday afternoon, he would frequently summon junior bankers individually to his corner office and ask them about their weeks. While he did so, he would undress - removing his jacket, tie, shirt, and suit trousers until he was conducting the interrogation dressed only in his socks and pink boxers. Presumably he was toned. Presumably the (male) analysts were meant to be silently intimidated by his physicality. While they spoke, the managing director, would dress again in his weekend-wear and prepare to set off for his country house.

While scenes similar to this probably played-out across the City of London a decade ago, this one was related by Konrad Kay, then a 23 year-old equities salesman in Canary Wharf. Kay doesn't say so, but he worked for Morgan Stanley between 2010 and 2013 according to the FCA Register. After those three years, Kay left banking like many other 20-somethings who decide it's not for them, but rather than going into private equity, corporate development, consulting, hedge funds, or even venture capital, he did something better: he developed a successful career as a screenwriter.

Kay is one of the two writers of 'Industry', a new drama by the U.K.'s BBC and HBO which premiered last week in the U.S. and is being screened for the first time in the U.K. tonight. Directed by Lena Durham and billed as the investment banking version of Mad Men, it's described as a "horny new banker drama" about "banking all day and banging all night," but there are suggestions that it's actually a bit boring. "Sitting at lumpen computers, bathed in artificial light that turns everything grey, and with the constant background noise of trilling phones," banking comes across as a bit tense and sweaty, says one reviewer.

There are obviously no claims that all, or indeed any, of the material for Industry came from Morgan Stanley, and it's not clear whether the underwear scene is included in the series (Kay related it a journalist last month). - Kay's co-writer, Mickey Down, also worked in banking - somewhere 'quieter and more cerebral,' although it's not clear where, and banking has long been fertile terrain for gossip. However, if you've worked in finance and you want to get your own back on anyone and everything you disliked, writing a popular TV series screened on both sides of the Atlantic would seem a good way of doing so. Admittedly, many ex-bankers before have tried to do this too, but Kay has succeeded. If you worked in the City of London ten years ago, you might want to tune in.

Separately, if you work for Goldman Sachs it's long been the case that you probably won't be in London or New York City, and the likelihood of arriving in either metropolis is falling. Speaking at a conference yesterday, Stephen Scherr, Goldman's chief financial officer, said the firm is pushing ahead with plans to divert talent to lower-cost cities including Salt Lake City, Dallas, and Bangalore, India.

"I think that will drive some considerable cost savings for us as we reposition populations and businesses into more affordable locations around the world," Scherr said. What's less clear is whether Goldman still plans to move up to half its technology jobs out of London and into - say - Birmingham, as suggested at the start of this year. Working from home during the pandemic could have delayed this move; a vaccine might start it up again.

SoftBank might move the Vision Fund to Abu Dhabi, both to be closer to Mubadala, the sovereign investment fund and for tax reasons. (Financial Times)

Actually, SoftBank's futures and options positions were only worth $2.7bn at the end of September. “We’re not even a dolphin, forget being a whale.” (Bloomberg)

Private equity investor Jon Moulton argues against the gentle tax on carried interest. “Carried interest historically has justified a capital-gains rate . . . because it generates an incentive to invest, but if the private equity manager is not investing any capital, that argument becomes rather difficult to sustain.” Private equity types are also keen to work in Oxford: “People are thinking, does the commute need to be five days a week any more?” (Financial Times)

"Fintech start-ups are all young white guys with goatees – usually with rich parents. People did think I was crazy, that no one ‘starts a bank’, especially people who looked like me, but I’d reached the stage where I was prepared to fail. I was 54 and confident enough not to care if somebody said I was stupid.” (Guardian)

Fewer people want to work from home this time around: "There are a lot of sensitive issues on big M&A and IPO deals that are much better to talk about in person, and there are a lot of bankers pushing to remain in the office.” (Financial News)

The U.K. is granting post-Brexit equivalence to EU banks. It's not clear whether this will be reciprocated. (Gov.UK)

The U.K. published its own equivalence decisions in an effort to persuade the EU to show its hand. (WSJ)

Working from home has "rocked" senior banker's egos, where are 'often dependent on going into the office and having “everyone bowing down” to them.' (Telegraph)

Photo by Kevin Grieve on Unsplash