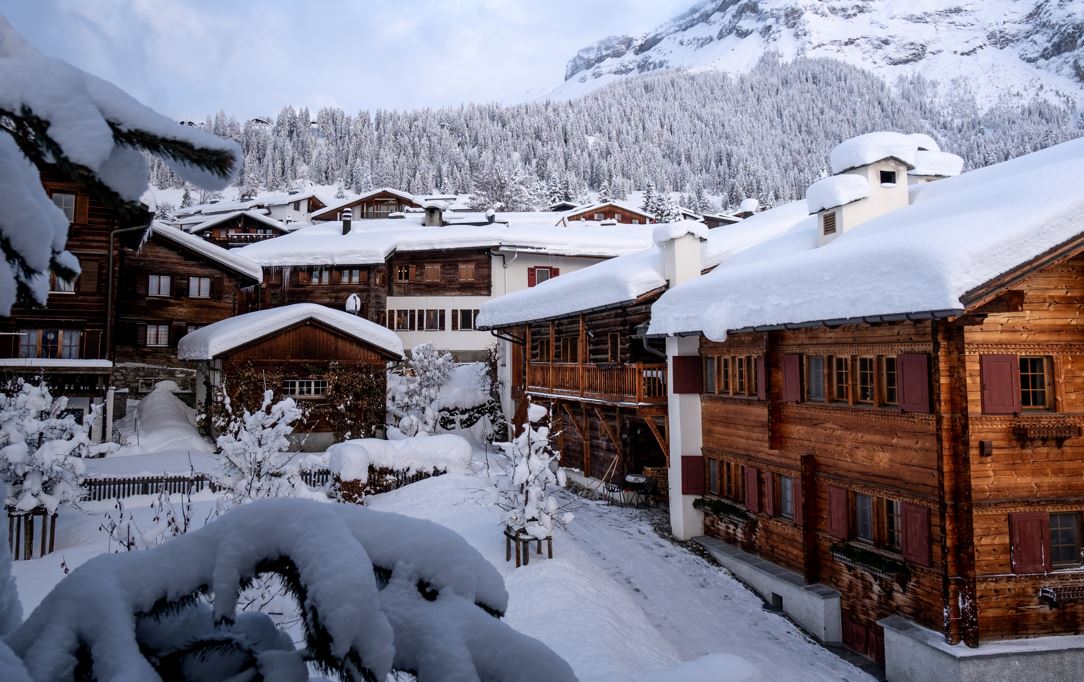 Chalets in mountain resorts are like yachts and racehorses, in the sense that the only remotely economically rational way to enjoy one is to make friends with someone richer than yourself who owns one that you can use.  Mountain chalets share this property with the other toys of the super-rich, and people are always trying to invent whizzy financial schemes to allow these items to be owned by the merely really quite rich.

Investment schemes of this sort have a habit of going wrong, and it looks like one of them went pretty catastrophically badly for Graham Martin, a former partner at KPMG in Singapore.  Details seem to be quite scarce in the story, and since nearly everyone involved appears to be deeply comfortable with lawyering-up, we’re reluctant to speculate.  But in any case, “something went wrong” with an investment in three chalets in Chamonix and Mr Martin ended up with a freezing order on his assets and a £3.26m ($4.1m) lawsuit against him from a lender involved in the deal.

Martin decided not to skimp on representation and hired Herbert Smith Freehills, a “Magic Circle” law firm to represent him.  Then things started to go even more wrong.

Somehow, the London office of KPMG ended up being informed by Herbert Smith about the case and the freezing order.  The London office passed the information to the Singapore office employing Martin at the time, and the Singapore office (not completely unpredictably) didn’t take the news well.  Mr Martin was invited to “a series of meetings”, at which we would guess the provision of tea and biscuits got less and less generous, until he was removed from all his leadership roles and eventually felt he had no option but to resign. He went bankrupt in 2018.

The lawsuit appears to relate to whether Herbert Smith had permission to pass on the information – they say they did, Graham Martin says they didn’t.  The court documents which he has filed (and which Herbert Smith claim have “no merit” – once more, we’re not in a position to say who’s right) claim that the lawyer did it to put a favour in the bank with a major client.  Martin also says that if he’d been able to break the news to his bosses himself, gently and at a time when he’d managed to negotiate a settlement, he would have been able to hang on to his job.

And although we’ll never know whether that’s true, it’s reasonable to think that Graham Martin might have had a sense for what was possible in terms of a settlement.  Because the really interesting detail about this whole story is that the job that Graham Martin lost in Singapore was, according to his LinkedIn, “Head of SE Asia Restructuring Practice”.  He was one of the Lehman administrators and has made a career in distressed debt workouts.  He’s almost certainly handled more difficult debt restructurings than most of us have received bonuses.

It just goes to dramatically illustrate one of the most important proverbs in banking – that there is all the world of difference between advising someone else on something, and doing it yourself.  Whether you’re an equity analyst moving to the buy side, an M&A advisor going into private equity or a distressed debt guy trying to renegotiate a loan for yourself, everything gets much more difficult to handle when your skin is in the game.

Elsewhere, it’s no longer a series of isolated events – there’s definitely a sector-wide wave of redundancies over the whole tech sector.  In fintech world, there are layoffs at Paypal, at Klarna, Robinhood and Bolt.  Just to confirm that it’s a big trend, Sequoia Capital have sent round a presentation telling portfolio companies that they are facing a “Crucible Moment”.  In context, this appears to mean roughly the same thing as YCombinator telling people “it's your responsibility to ensure your company will survive if you cannot raise money for the next 24 months”.

Not quite everyone has given up – Wise and Revolut have taken the opportunity to emphasize that they’re still looking for hundreds of new hires, for example.  But the weather has definitely changed.  The next sign will be when dozens of LinkedIn inboxes start pinging with messages from former colleagues who have suddenly found themselves with a free slot for coffee and an overwhelming desire to refresh old contacts in the old-fashioned investment banking industry.

EY is splitting its advisory and audit operations. (FT)

It’s easy to be cynical about the CFA qualification, whether you’ve passed it or not.  But it’s worth reminding ourselves that sometimes things like this mean a lot to people.  So let’s celebrate the wholesome joy of Daanish Hussain’s hometown paper.  He’s a private equity associate from a relatively deprived corner of Greater Manchester who got his Charter this week, and although the Bolton News might be exaggerating a bit to refer to “world leading status in his field at the age of 23”, you would have to have a heart of stone not to smile along with them. (Bolton News)

The career ups and downs of Babak Dastmaltschi make for a headline of two halves – he’s the “Man Who Helped Credit Suisse Make Billions” (hurray) … “From Russia Tycoons” (oh dear).  Among the interesting details in this longread, it seems that only speaking pretty halting Russian was considered a career advantage for him – clients trusted him more because they knew he wouldn’t be part of the Moscow gossip networks. (Bloomberg)

The case for treating a £1,000 lunch bill as a form of investment (FT)

More dark clouds from Davos over the outlook for investment banking fees.  As always, actions speak louder than words; one European head of IBD noticed that the expected round of post-bonus departures didn’t happen this year. (Financial News)

“But retire we all must do eventually, or die in our seats, which I have no intention of doing”.  James Gorman of Morgan Stanley disagrees with Jamie Dimon, who said “I’m going to do it till the day I die”. On the other hand, he disagreed with the word “soon”, when put to him in the context of a departure date. (FT)