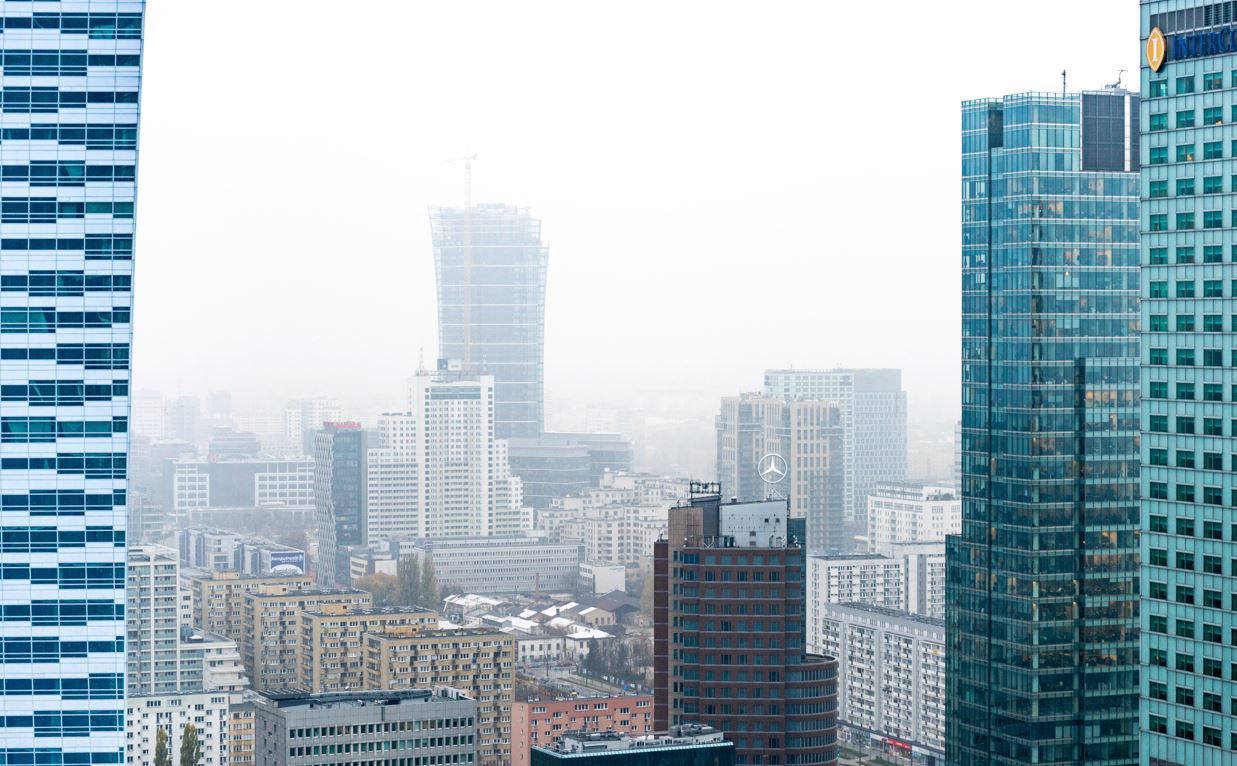 A million refugees have now left Ukraine, and are fanning out across Poland, Moldova and Hungary. Poland alone is housing over half of those who've left, most of them traumatized women and children.

Finding a job is unlikely to be the first priority for Ukranians. "I’m all shaking in fear because my family is there in Odesa. I hope to get back there in a week or two,” one sales manager told Politico. “They started bombing the city and I had to go. My husband and father are there, fighting."

For refugees who do want and need to find jobs, though, banks have jobs to fill. Poland is a major centre for technology and operations at the world's largest banks. Goldman Sachs employs 700 people in Poland; Citi has over 4,000 people Warsaw and Olsztyn; JPMorgan has around 2,000 people in Warsaw; UBS and Credit Suisse have 2,000 and 4,500 people respectively in Wroclaw.

Some banks are already welcoming Ukrainian talent to their Polish operations. As we reported earlier this week, Credit Suisse has a job posting offering to help Ukrainians “navigate through the recruitment and right to work process” in Poland. Business Insider reports that Goldman Sachs is already employing Ukrainian refugees in Warsaw.

Employing someone who's left their home under duress, and whose family and friends are in danger, is not the same as employing someone who's relocated voluntarily though. 27-year-old Maria Korniiets, a newly-recruited data engineer at Goldman Sachs in Warsaw, tells Business Insider she feels guilty and almost "hates herself" for leaving Ukraine in January: "You feel like you should be there fighting, but you're here. You see that people are suffering, and they might not be able to get out."

Korniiets calls her 47-year-old mother in Kyiv every day. Her grandparents, cousin and an aunt are there too. "I'm just thinking two hours at a time," she says, adding that the situation is a huge a distraction: "You follow news constantly and can't sleep." She faces the constant fear that the next time she speaks to her mother may be the last: "We end every call with, 'I love you.'"

Before the war, Russia had $643bn of reserves held in foreign currencies, amassed since 2014. However, these were fundamentally just accounting entries to electronic ledgers at rival central banks. When Russia's central bank was sanctioned at the end of February, Russia lost access to $388bn of its $643bn reserves. What remains is $135bn of gold in the vaults of the Russian central bank, $84bn of Chinese securities denominated in renminbi, $5bn at the IMF and $30bn in physical cash, like euros and dollars.

However, as Bernstam points out, much of the remaining $255bn is also chimerical. Russia can't sell its gold for dollars and euros because those transactions are now prohibited. It can't touch the cash at the IMF. It could sell gold to China, but China's state banks have so far refused to make purchases from Russia. And so all that remains is the $30bn in cash, which is insufficient to defend the rouble. Ultimately, Bernstam predicts that Russian supply chains will collapse as dollars are demanded in payment.

Financial weaponry is safer than physical weaponry, but brings risks of its own. Former Russian president Dmitry Medvedev posted the following warning on Twitter earlier this week:

Today, some French minister has said that they declared an economic war on Russia. Watch your tongue, gentlemen! And don’t forget that in human history, economic wars quite often turned into real ones

25% of Deutsche Bank's IT staff are based in Russia, where DB employs 1,500 people who maintain and develop software for its trading business and corporate banking system. One insider says it's a "big mess." "Trading is complicated and requires real-time support every day . . . without co-operation from the Russian teams things could start to go wrong almost immediately.”  (Financial Times)

Bid/ask spreads in European bonds are increasing in direct correlation with the ongoing conflict. (Fi-Desk)

SocGen has $20bn of exposure to Russia. (Reuters)

America's overachievers are no longer as interested in overworking. (Business Insider)

'If everyone got $100 an hour and you could do it for 30 hours a week there’d be no [hourly pay] difference between men and women. But if jobs are what I’m calling “greedy”, it means that the more hours you put in, the higher your hourly pay. Or it needn’t be the number of hours. It could be which hours. Is it weekend? Is it vacation? If I say jump, do you have to jump? If earnings go up disproportionately with that, so there’s convexity rather than linearity... [then women often end up earning less.]' (Financial Times)

Russians trying to leave the country are being interviewed at airports. "He said I was an anarchist, a traitor to the Motherland and that I was going to Ukraine to fight.” (Moscow Times)

Jefferies donated $12.4m from its trading business to Ukraine. (Bloomberg)

Last Friday, Goldman Sachs bankers received a briefing from Alex Younger, ex-chief of Britain’s MI6 intelligence service, who is now an advisor to the bank. He said it's the first time in 30 years that the threat of nuclear confrontation is a real possibility. (Bloomberg)

A Russian stock market strategist says he will probably have to go back to being a father Christmas as his profession. (Twitter)

Ukraine is selling NFTs to support is armed forces. (Independent)

Photo by Dimitry Anikin on Unsplash