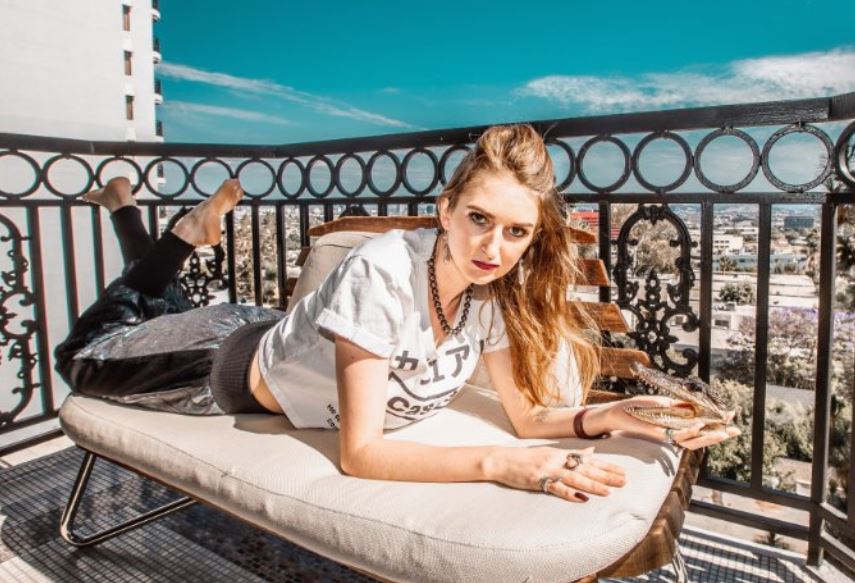 31-year-old Heather Morgan is the new darling of the internet. Whether she's doing some weird gyrating dancing, sticking her tongue out, or rapping about being the crocodile of Wall Street, Morgan is suddenly everywhere. But it's not her singing and dancing talents that have caught people's attention: it's her alleged involvement, with her husband Ilya Lichtenstein, in the laundering of $4.5bn of Bitcoin stolen from Bitfinex exchange in 2016.

Before Morgan became an alleged international criminal mastermind and internet influencer, however, she had a more parochial sort of career. She wrote and dispensed careers advice on websites like Inc.

Morgan, who studied economics and international relations at the University of California, positioned herself as your average 30-something who started out in finance only to become disillusioned and switch to tech/start-ups, where she apparently thrived. "At 23, I quit my job and I started my own company, and quickly scaled it into a profitable million-dollar business a few years later," she writes in one article. In another, she describes herself as having been a "developmental economist in Asia and the Middle East," although she only appears to have spent 11 months on a contract for the World Bank.

Nonetheless, some of Morgan's careers wisdom isn't bad, although if she and Lichtenstein did steal $4.5bn of Bitcoin, she clearly thought there were workarounds.

Spend your time wisely:  "If I said yes to every speaking opportunity and meeting request, I'd never get anything done. Know your top priorities; say no to anything that doesn't further your goals."

Follow your instincts and never assume that someone else knows your needs better than you do: "Shamelessly pursue your passions. Seek experts' advice, but take every piece of feedback and criticism with a grain of salt and ultimately trust your gut. Because, ultimately, only you know what's right for yourself."

Don't work yourself into decrepitude: "My biggest mistake when starting my first company was putting my health at the bottom of my priorities. I developed severe chronic pain, and eventually burned out. This harmed my productivity and well-being."

Think of opportunity costs, not time already invested: "Don't keep doing something if you're not excited, happy, or learning--just because you don't want to lose sunk costs. Instead, weigh the opportunity costs of what you're missing by continuing the same way."

Make sure you really understand who you're approaching before you send an email asking for a job: "No nugget of information is too large or too small for you to use in an email. Noticing they were recently on a panel about reaching new audiences online, for example, or spotting a tweet about how that they think email is a preferred way to distribute information to customers instead of social media updates can all be turned into the basis for a great cold email."

Be weird, but not too weird: "Weirdness can be anything that helps tell the prospective customer get to know you on a unique level."

I still can’t believe this person was able to steal $4.5 billion worth of bitcoin pic.twitter.com/onizxSm6g5

Got a tip or a story idea? Contact: sbutcher@efinancialcareers.com in the first instance. Whatsapp/Signal/Telegram also available (Telegram: @SarahButcher)