From Graduates to leading ANZ’ North Asia Debt Capital Markets. See how far a career at ANZ can take you 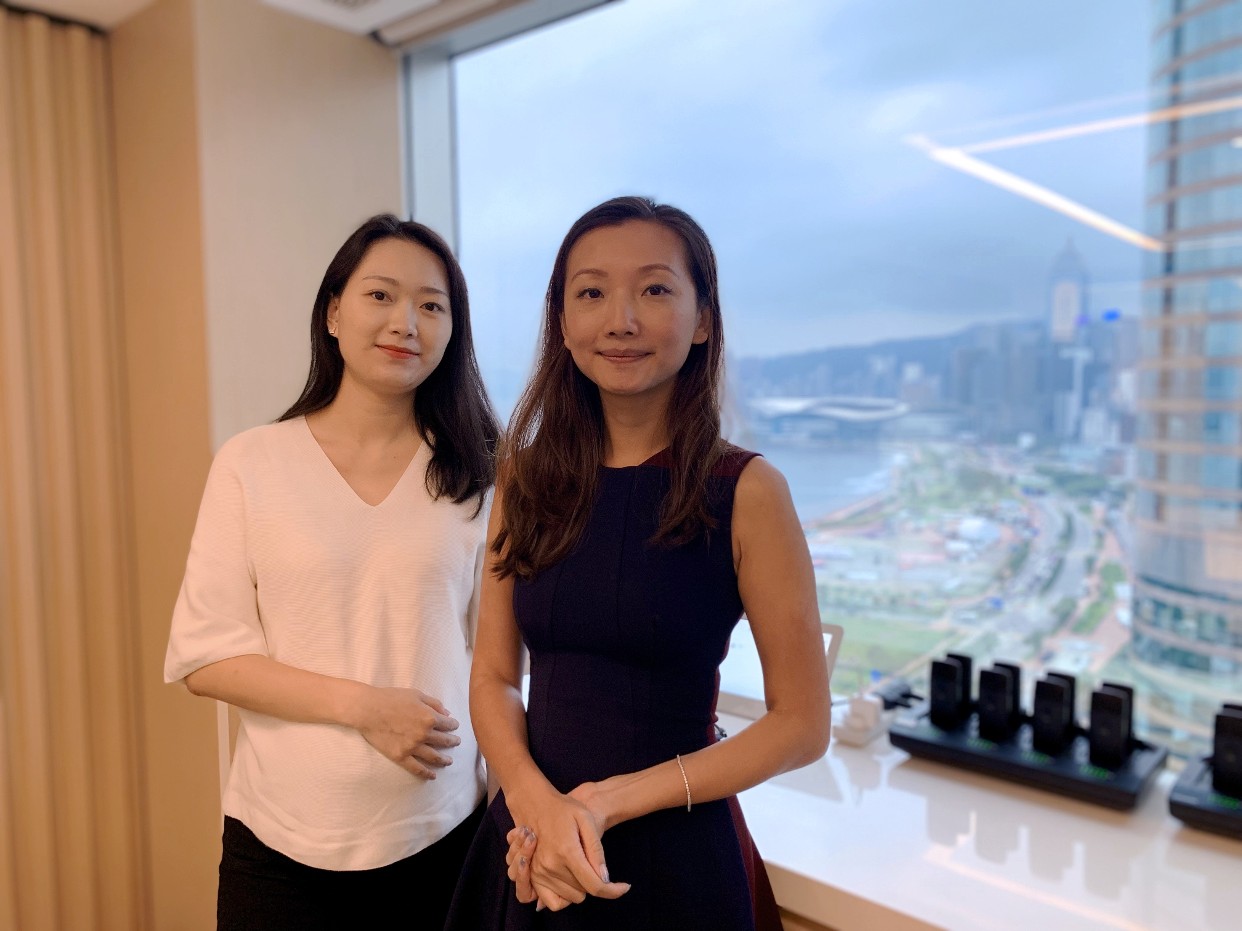 ANZ prides itself on having supportive managers who provide employees with the training and experience they need to progress in their careers.

Jenny Fan and Louise Yang, who are Co-Heads of ANZ’s North Asia Debt Capital Markets team, have experienced first-hand how ANZ enables its talents to have accelerated careers.

Fan joined the bank’s business banking graduate programme as a Relationship Manager in Melbourne in 2008 after graduating with a commerce degree.

Since then, she has worked in five different departments, moving from Transaction Banking, to Corporate Finance and finally to Markets, in Melbourne, Beijing, Shanghai and Hong Kong.

She credits her career success to the guidance and mentoring she received from her managers, as well as strong senior support and colleagues who always made her feel welcome and helped her to get to grips with the new roles she was taking on.

“I really enjoy exploring new things and I feel that ANZ has always challenged me to grow and develop myself further,” she says.

She adds that having the privilege to work across so many different parts of the business and geographies with different people has helped her to be a better leader. It help her understand different perspectives, which helps her to communicate better with people.

Yang joined ANZ as a graduate in 2013 after studying finance, working her way up from being an analyst in the Debt Capital Markets team to her current role as co-head in less than 10 years.

“ANZ is definitely a place that encourages people to grow. As long as you prove you are capable, there will always be challenges and opportunities presented to you to expand your professional skillset,” she says. In fact, since they joined ANZ, Yang has studied to become a CFA charterholder and Fan has completed a Master of Applied Finance.

Another aspect of ANZ that has struck Yang is the bank’s culture, which she says promotes very positive values in terms of family and personal life.

Both Fan and Yang are fulltime working mothers, and agree the bank is a very supportive environment.

“Working here has not only contributed to my career, but it has also had a positive influence on me as a person,” Yang says.

Their role as co-heads is not without challenges, not least because the Debt Capital Market space in Asia is developing very quickly, with new players entering the market all the time.

“We have to work hard to maintain our presence and relevance in the market. But I have been working with my stakeholders for a very long time, so we have built up trust through past experiences and we maintain good communication which is key to making sure everyone is engaged in the process,” Yang says.

Fan adds that the business has also had to evolve with the market, and it now takes a more targeted approach that enables it to remain nimble and create tailored solutions for clients.

Another challenge has been having members of their team poached by rival banks. “The saving grace has been that we have a really supportive management group that helps us through the strategic management focuses,” Fan says.

She adds that being a co-head has also meant that she and Yang can lean on each other during difficult periods. “Sometimes I still need Louise to remind me to stay calm,” she says.

Yang says she and Fan are determined to promote excellence in their team, ensuring their juniors have opportunities to expand their product knowledge and experience.

In fact, the ANZ North Asia team was one of the first to look at bond issuance in the China financial institutions sector, contributing to ANZ being ranked first on the ‘International bank in Chinese leasing company issuance’ league table and second on the ‘International bank in Chinese non-bank financial institutions’ index in 2020.

ANZ also led the first SOFR-linked sustainability bond for China Merchants Bank in Aug 2021 – a first for an APAC issuer, while it acted as the green bond advisor for Beijing Enterprise’s maiden EUR500m five-year green bond and created its green finance framework.

Fan says: “One of the key alignments we had in terms of how we wanted to build a team was the fact that when people come to work, we wanted it to be something they looked forward to. We spend a lot of our time at work, so we definitely wanted to have a positive environment for our team, which is very much the ANZ DNA.”

The piece of career advice that has struck Yang the most during her time at ANZ is to strive to be the best.

“ANZ is not the biggest player in the market, but we position ourselves to be the best. It is why I joined ANZ in the first place. We always strive to be professional and to be seen as the best by our clients,” she says.

For Fan, the advice that stands out was to demonstrate that she was capable of doing a role she wanted to take on before she was promoted to it.

“One of my managers told me that to reach management level, senior management must believe that you are able to do that role before you can make that move,” she says.

One thing that has surprised Yang about her career is the amount of encouragement and opportunities she has received, as well as the support she has been given by senior management.

“I have always been given opportunities and the chance to challenge and improve myself,” she says.

Fan agrees: “If you had told me back in 2008 that I would be sitting here in Hong Kong right now that would have surprised me. It has really surprised me to have had so many experiences working in different roles and with different people.”