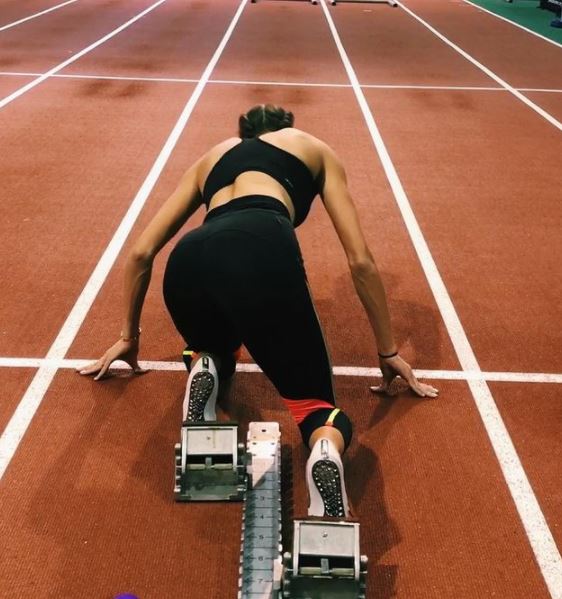 If you want a summer internship at an investment bank, it helps to have more to your résumé than membership of the college finance society and an exceptional GPA.

As we reported in May, Goldman's 2021 intern class includes Arlo Legend Parker, a dirt biker, entrepreneur and former winner of an MTV Music Award who arrived in New York from Belarus and who's been studying mathematics and financial economics at Columbia University since 2018.

Morgan Stanley is supposed to have its own exceptional intern to rival Parker's electicism: Anna Hall, who was meant to be a sophomore intern in New York City this summer, competed in the U.S. Track and Field Olympic Trials.

21 year-old Hall, who has a GPA of 3.84 Georgia University's Terry School of Business, is able to jump 6.5 feet according to her track and field record. She also ran a leg on the second-fastest relay team in University of Georgia Athletics history and has traveled around the world competing in youth athletic competitions and amassing medals while simultaneously ranking at the top of her college classes and writing a whole book about running

Hall is far from the only athlete working in banking. - Banks have long had a tendency to equate sporting prowess with the kind of competitive drive that hypothetically makes for a great and devoted employee. Hall's running book explains why: "You require all of me. You have drained me, consumed my life, and then some. I gladly gave my life over to you," she writes of running. "You taught me how to suffer, and in some twisted sort of way, to enjoy it because pain feels like progress. So everyday I show up. I do what is asked of me, sometimes more."

In fact, however, Hall's passion for athletics and enthusiasm for banking haven't proven compatible after all. She broke her ankle following a bad fall in the Olympic trials, and will be at Morgan Stanley next year instead.