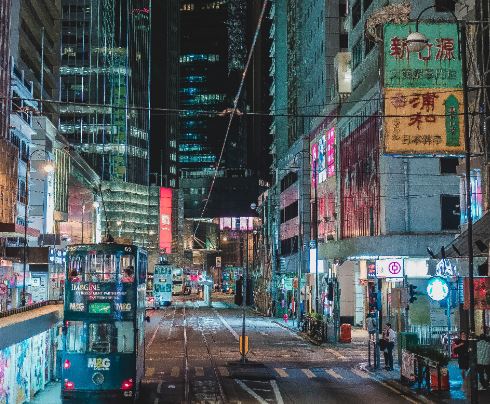 If you’re looking for a job in banking in Hong Kong and wondering which Chinese language you’ll need to learn,  then the resounding answer is Mandarin.

As well as being the official state language of China, Mandarin is the most commonly-used language in the world with 1.6bn speakers and it’s becoming a must-have skill for bankers in Hong Kong.

Until the handover of Hong Kong to China in 1997, Cantonese was the primary language of Hong Kong.  It is still widely spoken in Beijing and Hong Kong and may benefit your social life, but fluency is not held in such high regard professionally as Mandarin.

“No need for Cantonese, 95% of clients are from mainland China. Knowing Cantonese is certainly not a bad thing, but not necessary,” said one banker on Wall Street Oasis.

By contrast, Mandarin – or Putonghua - is crucial. “Let's just say you would be at a massive disadvantage without fluency. This is especially true at the junior level where new hires are pretty much a commodity,” another review said.

According to Lingualinx, a foreign languages training provider, the use of the Mandarin language in Hong Kong has risen from 25% of the population in 1997 to more than half today.

This is borne out by a review of recent job adverts posted by international investment banks in Hong Kong. All adverts asked for some degree of proficiency in Chinese, but the majority looked for fluency in mandarin, especially when the role involved covering clients in the Greater China region.

For example, a job description by Deutsche Bank looking for an analyst to work in its investment banking coverage team in Hong Kong and requires fluency in both mandarin and English.

An advert by Standard Chartered for an associate in Hong Kong expressed a preference for a native mandarin speaker.

HSBC is currently building out its technology, media and telecoms investment banking team in Hong Kong and is on the look-out for analysts with ‘excellent verbal and written communication skills in English and Mandarin.’

Meanwhile, a candidate who interviewed as a summer intern at Morgan Stanley in Hong Kong was caught off-guard when asked to introduce themselves in mandarin, according to a review on Wall Street Oasis.

According to another review a banker said that during their 15 years working in Hong Kong  they “have felt no compunction to learn Cantonese.  I'm better off investing that time to go even further in Mandarin….Mandarin fluency is required for pretty much any client-facing finance job, and most of the groups are now being staffed by mainland Chinese people.”

The good news – according to Lingualinx -  is that  for beginners, Mandarin is easier to learn than Cantonese.

Photo by SHUJA OFFICIAL on Unsplash