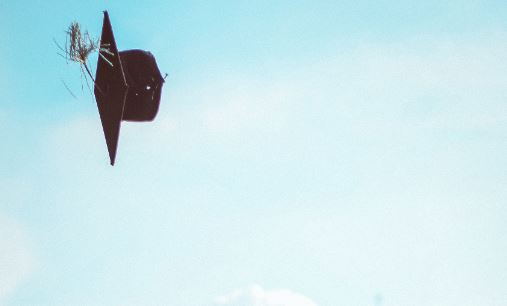 Jeffrey Ryan has met and interviewed a lot of quants. He's spent 20 years working in quantitative finance and seven years working for hedge fund Citadel, during which time he saw its quant operation evolve from a first trade to a fully fledged quantitative finance desk. If anyone understands what's required to succeed as a quant, Ryan is therefore probably one of those people. And when Ryan says that quants don't necessarily need qualifications beyond a Bachelor's degree, aspiring quants might want to take note.

"Some of the best people I've ever worked with - even on the research side, have only had bachelor's degrees and nothing beyond that," says Ryan, speaking from Chicago, where he's working on a new venture for quant consulting. "They can be more aggressive in terms of the problems they're trying to tackle."

Does this mean you can forget taking a Masters in Financial Engineering or a PhD? Not so fast. Ryan says the problem with only having a bachelor's degree as a quant is that it can be difficult to land a first job. "It's not that you need a PhD to be successful - in fact I'd almost say that it's the other way around," he says. "But you usually need the additional qualification to get hired."

Ryan isn't a huge fan of the short Masters in Financial Engineering courses that have proliferated in recent years. While he says they produce some excellent and smart people, he has found that MFE graduates can be unprepared for being quants in the real world. "You get the very best people out of school, and they are still starting from zero. They might have stellar research processes, but when confronted with something that's not a nice rectangular database, they can struggle to solve a problem. - They do eventually, because they're smart, but it can take a while."

By comparison, Ryan echoes recruiters who say that PhD students are usually closer to the finished product. "PhDs have more of the research skillsets and processes necessary to succeed, but even they can still have a learning curve when they arrive."

The problem with being a quant in a functioning hedge fund instead of an educational establishment is that things in the real world often aren't neat, says Ryan. "People don't arrive with the actual skills that firms require. They understand the math, but they don't understand how to apply it when the principle challenge is that you have a terabyte of unsifted data." Even if you're paying a data vendor to prepare the data for you, Ryan says you still need to guide them on how to get data into the right shape. "Data vendors don't understand how data is being used. - You need to manage them. That can take a lot of time and intellectual capital."

PhD hires can also have idiosyncratic issues of their own: they're excellent at sorting through individual types of data, but less good at sorting through multiple disparate data sources, says Ryan. "PhD students can be very good at looking at a data source for a very long time, but when you have dozens of different data sources a month, it's a different skillset," he says. "The pace is much faster."

This is why, if you're a quant with a bachelor's degree and spend a lot of time learning how to work at speed with different datasets to solve real world problems, you could be more employable - presuming someone will actually interview you. Ryan advises spending time on Kaggle or QuantConnect, and making it clear what your contribution to solving a problem there was: "A lot of these sites use teams to solve problems, and it can be hard to disentangle what one person has done."

Ultimately, he says that difficulties hiring junior quants who are work-ready is a cost for many funds. "It's a real barrier to alpha, and it's strange really that it still exists."

Photo by JodyHongFilms on Unsplash