The quant research firm that hires graduates on £150k salaries 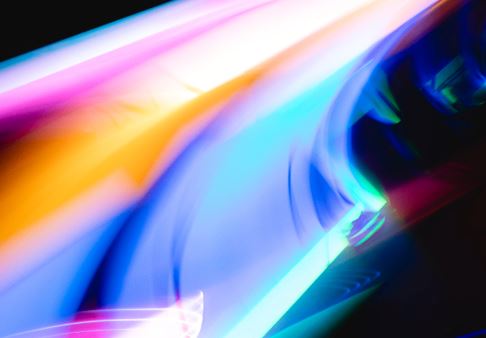 Investment banks' graduate salaries are known to be generous: in your first year as an M&A banker at JPMorgan in London you can earn £91k according to the most recent salary and bonus survey firm recruitment firm Dartmouth Partners. However, banks' pay is eclipsed by the compensation on offer at a group of hyper-elitist, ultra-secretive quant trading firms.

One of those firms is Jane Street, whose $200k starting salaries we've written about before. Another is G-Research. Based exclusively in London, G-Research is a quant research and technology firm whose quants start on salaries of £150k ($198k). Bonuses are paid on top.

The company employs 800 people in an office off London's Tottenham Court Road and is on a general trajectory of growth according to Alex Whitlock, head of talent acquisition. "The quants we hire are super smart, with a strong academic background," Whitlock tells us. "We’re always on the lookout for new team members, so if you want to work with massive data sets, get a kick out of spotting patterns in the noise, and are interested in quantitative finance, we could have an opportunity with your name on it."

There are openings for technologists too. Whitlock says the company hunts out "the best technologists in the world" and is "language agnostic." - "Whether you code in Python to Java, C++ or C#, if you’re excellent at what you do, then we’re interested in having a conversation."

Founded in 2012, G-Research is run by Ben Leadsom, husband of Conservative MP Andrea Leadsom. Leadsom was formerly a banker at Barclays, but has been a director of Island Research (the limited liability partnership of which G-Research is a component) since 2009. In 2019, Island Research made an operating profit of £56m on turnover of £289m according to its most recently filed accounts. Last year, 15 partners at Island Research shared £44m in profits between them. However, two of those partners were corporate entities - one of which is likely to have received the highest partner allocation of £26m, suggesting the average individual partner payout was closer to £1.3m.

G-Research isn't a hedge fund. According to a Bloomberg article from two years ago, its London quants create algorithmic trading software that’s deployed from an office in Guernsey. Traders on Guernsey are said to monitor the trading signals generated by the London quants around the clock, checking for errors and making adjustments as necessary.

Whitlock says G-Research has a unique culture. "We pride ourselves on combining the intellectual challenge of academia with a fast-paced business environment," he says. "Our culture of continuous improvement also provides our people with access the very best educational tools, to ensure that they carry on learning and developing throughout their career with us."

Rivals like Jane Street might say much the same, but G-Research seems to be doing something right: current and past employees have given it five stars as an employer on GlassDoor, where it's variously described as "superb," "excellent" and "fun and exciting." The only gripe seems to be that people weren't allowed to work from home early in the pandemic for security reasons.

G-Research has been known for its strenuous approach to secrecy ever since the case in 2018 involving Ke Xu, a former employee whom Bloomberg said spent his days writing code in G-Research's “secure zone” - an area that could reportedly only be entered through a special pod with a biometric finger scanner and a weight sensor (designed to detect unauthorized equipment entering or leaving the area.) Xu reportedly made a £400k bonus in 2014 before abruptly leaving, arousing suspicions that he'd stolen G-Research's proprietary code. He was subsequently found guilty of two out of five charges, and sentenced to four and a half years in prison. In January 2019 he was deported to China.

Nearly two years later, the Xu affair has been relegated to the past. On GlassDoor, G-Research employees say the oppressive security measures have been toned down and that the company stands out for its excellent culture and the exceptional calibre of its employees. The London office has its own lecture theatre and event space, where talks have been given to employees by mathematician Hannah Fry, maths coach Po-Shen Lo, Dermot Turing (Alan Turing's nephew) and Shoshana Zuboff, author of Surveillance Capitalism.

Getting a job at G-Research isn't easy. On Reddit, one candidate who says she was interviewed a few years ago claims to have been informed there was no role for someone with her skills 45 minutes into what she'd been told would be a three-hour interview after flunking some questions.

Nowadays, quant recruits at G-Research can expect to encounter a quant aptitude test, followed by a HackerRank test, followed by a technical interview. "Our interviews are rigorous but aren’t designed to catch people out," says Whitlock. "We want people to interview us as much as we’re interviewing them. We’re always trying to find the right match for both the company and the candidate.

"Usually, most people can expect three or four technical interviews followed by meetings with members of our management and leadership team, with questions specific to the role they’ve applied for," Whitlock adds.

Photo by Bruno Thethe on Unsplash