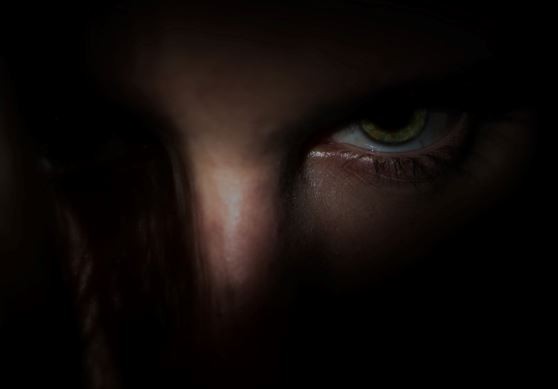 It’s probably unsustainably old-fashioned in the modern market to follow the traditional advice to keep politics and religion out of the office, as if it were some kind of country club. But the maxim existed for a reason; subjects which touch on people’s most heartfelt beliefs can often lead to arguments and harsh words undermine professional teamwork. So even today, bankers would be well advised to keep controversial subjects to a minimum, a piece of advice which applies even more strongly to those whose views are…a little bit out of the mainstream. For example, if you’re a devotee of the Qanon conspiracy, a sprawling and all-encompassing theory that the US government has been taken over by a Satanic cult, it’s probably best to keep that to yourself during working hours, as far as possible.

Jason Gelinas, a director in Citi’s IT operations, seems to have tried his best. He even lists “Citi” as his only interest as well as his employer on his LinkedIn profile, although that’s not strictly true. His other interests, as exposed this week, included running one of the largest Qanon websites and its companion mobile app (for people who needed to be kept up to date on conspiracy developments while on the move). Up until this week he was getting as many as 10 million monthly visitors and raising $3,000 from subscribers, although now the site has been shut down and Gelinas placed on paid leave pending an internal investigation.

It’s not clear what the internal investigation is looking for, although the somewhat tight-lipped quotes from Citi spokespeople seem to suggest that the problem might be the fact that it was a paying side-hustle, not so much the satanic government thing. According to their statement, “As outlined in our code of conduct, employees are required to disclose and obtain approvals for outside business activities” and consult their managers before participating. Which would have been quite the potentially awkward conversation – one might be tempted to just refer to “a sort of website thing” in conversation with the boss, and try to skate over any questions about the subject matter.

This seems like an unenviable situation for everyone involved, all of whom must be greatly regretting the day that Gelinas was outed. From Citi’s point of view, it’s a highly sensitive question as to what they might reasonably be expected to do. Certainly, it’s unlikely that anyone in investment banking wants to set a precedent that your boss is able to censor your political expression; on the other hand, it’s hard not to feel that for something like this, they ought to be at least aware of the reputational risk that’s being run. Particularly as, unlike most political projects in which bankers get involved, Qanon adherents have committed several acts of violence in the last few years. If your side-hustle is regularly bringing you into contact with people regarded by the FBI as a potential domestic terrorist threat, it might be worth considering sticking to sports blogging.

Elsewhere, the “back to office” programs are continuing to run into the reality of a virus that’s still being transmitted. Barclays has had “two colleagues on level 2 of 5 North Colonnade” in London test positive, with all their close contacts finishing a 14 day quarantine period this week, while Citi has had to put its phased return plans on hold in Dublin due to a local spike and probable return to lockdown measures. The Citi case is perhaps the one which really underlines how difficult this is going to be, as it appears that it is not being driven by any actual infections at the bank itself.

Although, of course – did anyone really think it was going to be easy? There is no regulator-approved implementation manual for filling the offices back up again, no vaccine as yet and surprisingly little evidence base for how the thing is transmitted. In the absence of these, everything is part calculated risk and part trial and error. In many ways, a bank which has no coronavirus cases is a bank that hasn’t been trying to do enough things. When the phased return programmes really start to ramp up, it’s entirely possible that one or more firms in this industry will have really big outbreaks and need to close whole floors or even buildings, not just send a few contacts home. It might be a good idea to hold off on moving the spare furniture back into the home office for a while yet.

A literally excruciating minute-by-minute reconstruction of the short but intense failure of common sense that led to Dan Kamensky of Marble Ridge having to make a phone call saying “I probably should be in jail” and begging his counterparty not to put him there. (Institutional Investor)

I suppose “know your client” is a regulatory requirement, but when Goldman Sachs suggests that people who fear losing touch during lockdown should send gifts of “flower” or “toilet paper”, they really are presuming that their financial advisors are very confident in their assessment of the client’s requirements. (Financial News)

Ruth Porat, the CFO of Alphabet, has joined the “offices are needed for creativity” side of the great work from home debate. (Bloomberg)

Facebook, on the other hand, remains committed to letting as many as half of its staff work from home, and is looking for a director of remote work to facilitate the process. (Business Insider)

US law firms are handing out additional “danger money” payments, on top of the normal bonus, to junior lawyers to reward them for their hard work and stress during the coronavirus. (Financial News)

Congratulations to Brian Moynihan, Euromoney’s Banker of the Year 2020! This title is not exactly cursed, but neither of the two previous winners are currently in their job. (Tidjane Thiam won in 2018, Andreas Treichl, last year’s winner, has retired). (Euromoney)

Possibly the most depressing story of the day – Bloomberg Businessweek has cancelled its annual MBA program rankings and has instead done a survey of current $80,000-a-year program attendees to determine exactly how much buyer’s remorse they are currently feeling. (Bloomberg)