Daniel Pinto identified where JPMorgan tech jobs could be cut 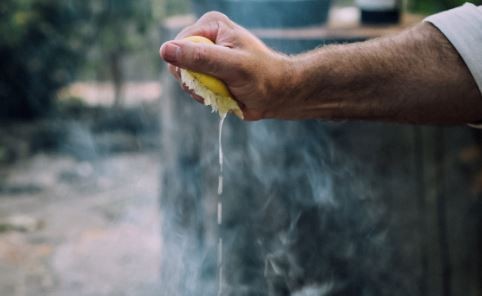 If you work in technology in an investment bank, you might be feeling pretty confident about the future. After all, banks are big spenders on technology and have consistently increased their splurging in recent years. If banking jobs are safe anywhere, they should be safe in technology. - Right?

Well... As some of Morgan Stanley's senior technologists will tell you, technology jobs are not necessarily as secure as they might seem. Senior tech people were particularly afflicted by Morgan Stanley's 1,500 cuts before Christmas, and as banks look to curb costs, those bloated technology budgets are increasingly coming into view.

Daniel Pinto at JPMorgan has long been an advocate of juicing technology spend. At the bank's investor day in February 2019, Pinto announced plans for effecting a technology "transformation" to make JPMorgan's giant technology budget more efficient. “We need to avoid building everything from zero to one hundred every single time,” he declared. However, if that were supposed to squeeze technology spending it's yet to happen: in 2019 JPMorgan's spending on technology communications and expense equipment rose to $12 billion, up from $11.5bn one year before.

This doesn't mean that Pinto's given up on getting more for JPMorgan's technology buck. As co-president of the bank and sole COO he has a strong interest in gaining 'efficiencies' from an expense line which amounts to 18% of JPMorgan's costs. Speaking at last week's Bernstein Strategic Decisions Conference, Pinto explained how those efficiencies might be achieved.

JPMorgan is "really trying" to get more out of its $12bn, said Pinto. On one hand, the bank is trying to make its developers more productive and to understand the constraints that inhibit their performance (in January JPM trialled BlueOptima to measure the efficiency of individual developers). On the other, it's modernizing its infrastructure with investments in 'computing, communications and storage.' But at the same time it's looking to make cuts as people and tasks are superannuated.

Cuts can be made among the "people that support the technology organization" said Pinto, "..the managers, people that do checks and all these type of things."

As JPMorgan modernizes its infrastructure, Pinto said it will need a "lot less" of these kinds of functions. "You can deploy those dollars to more and more effective ways to develop and increasing even better the quality of services." Ultimately, he expects to achieve 20% to 30% more output with each technology dollar invested. JPMorgan's technology managers, support staff, and people whose own roles can be automated might want to dust down their CVs, just in case.

Photo by Christiann Koepke on Unsplash