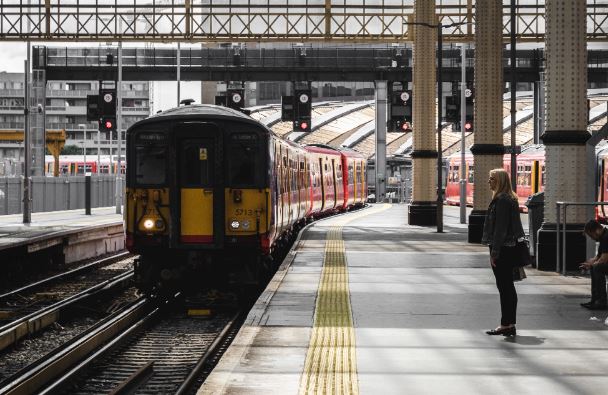 Many banks may be looking at returning to their offices, but this doesn't mean things are back to normal. According to local newspapers, JPMorgan’s U.K. recovery operation in Basingstoke, a small town about 60 miles outside London, is still in operation.  Not only that, but at least some staff have been there since March and are being housed by the bank in the town.

It’s not at all clear which functions are in JPMorgan's Basingstoke recovery centre, and why these employees in particular couldn’t work from home.  They seemed to be well paid professional types: the Basingstoke Gazette was impressed with their “designer fur-lined coats” as they got off the trains, and indeed, the accompanying photos of their arrival in March show an array of smartly-attired young men and women.  Nobody seemed to have a family with them; most were towing suitcases.

[A message from our 'sponsors': eFinancialCareers has a range of global finance job vacancies you can apply for here.]

They were initially housed at the Four Seasons Hotel Hampshire, in a move reminiscent of Citadel Securities' activities in Palm Beach.  However, the Four Seasons Hampshire later shut down due to coronavirus (it will be reopening on the 3rd of July, so any Americans working for JPMorgan might be able to have a party in its extensive grounds), and the JPM people were moved into “serviced apartments” in the town of Basingstoke itself.

JPMorgan's Basingstoke office is located on the “Viables” industrial estate. Google Streetview suggests that, on a sunny day, it doesn’t look too bad; there’s a nearby pub (which is presumably closed) and some perfectly acceptable English countryside.  However, March to June (nearly) feels like a long time to have been staying there.  Maybe there have been rotations in and out of the Basingstoke serviced apartments? Or then again, maybe not -given the tight supply of rental accommodation and logistical difficulties of carrying out deep cleaning. Some of the JPM employees may have been there for the whole ten weeks plus.

This is the sort of thing that esprit de corps is built on.  The sheer amount of inconvenience, plus the expense that JPM must be going to, suggests that this is an important team and that either they really need to be in an office together, or they’re working on systems which really can’t be accessed over the internet. The implication is that they're doing high pressure work, in conditions of adversity, in a small group isolated from all of their colleagues.  Hopefully they’re being given some form of hardship pay, and we wouldn’t be surprised if, ten years from now, the “Basingstoke Team” ended up having reunion dinners to reminisce about the strange time they spent living in the investment banking equivalent of barracks.  If you see a hedge fund start up full of JP Morgan veterans with a name like “Viables Capital” or “Golden Lion Partners”, you’ll know why.

Elsewhere, Deutsche Bank employees wanting to demonstrate their own team spirit have been given the chance to wear a pair of custom Adidas Stan Smith tennis shoes, with colour detail in corporate blue rather than green, and with a subtle Deutsche logo picked out in gold.  They are on sale at €80, which appears to be the same price as normal uncustomised Stan Smiths; once upon a time, investment banks used to hand out this kind of promotional swag to anyone and everyone, but that was many efficiency drives ago.

The bad news for anyone seeking this must-have fashion item is that the DB shoes have apparently sold out their first production run of 3,000 pairs. This will leave Deutsche banker sneaker afficionados with the perennial dilemma – do you wear them for your government-permitted daily exercise, particularly now that tennis courts are opening up, or keep them “box fresh” to maintain their value?  As yet, as far as we can tell, none of them are being sold on eBay, so it is not possible to say how big a premium the Deutsche branding will command in the secondary market, but surely the smart thing to do would be to wait until you at least have the opportunity to show them off to someone who recognises the logo.

Six months ago, the hottest thing in investment banking were the new “Midwest middle market” teams which the bulge bracket were putting together.  Now Chicago’s own William Blair has cut 25 bankers, mainly in M&A.  Is this competition from the big banks or the overall market cooling?  (Crain’s Chicago Business)

The best way to foster the social connections that might break down as personal contact is reduced is to make your team laugh, possibly by talking in a slightly higher and lighter voice to indicate that a videocall isn’t serious in nature. (Harvard Business Review)

It turns out that – measured by audience numbers at least, and bearing in mind that investors are stuck at home with nothing to do – virtual conferences are at least as popular and in some cases much more so than real ones.  It’s not yet clear whether this will be reflected in payment though. (Bloomberg)

It felt like such a generous and friendly idea to invite another couple to shelter from New York in your Hamptons summer house.  Eight weeks on, how are a selection of very rich people finding it?  (WSJ)

The NYSE trading floor opening was hard enough to handle.  But the Chicago futures pits are much more crowded and active.  Electronic traders, naturally, say that it should never reopen, but the exchange remains committed to doing so if it can be done safely.  (Bloomberg)

If you’re thinking of doing an MBA, be aware that although the majority of the courses are being switched online, the business schools still plan to charge full fees as long as they’re holding out any hope of face to face teaching. (Financial News)

The final selection board is meeting to see if Nicolai Tangen will be able to overcome the conflict of interest problems with his own money, and become CIO of the Norwegian sovereign wealth fund. (Bloomberg)

Even if there wasn’t a pandemic, it would still be cool to have a SimCity style virtual replica of your office to wander round. (WSJ)

Photo by Roman Fox on Unsplash