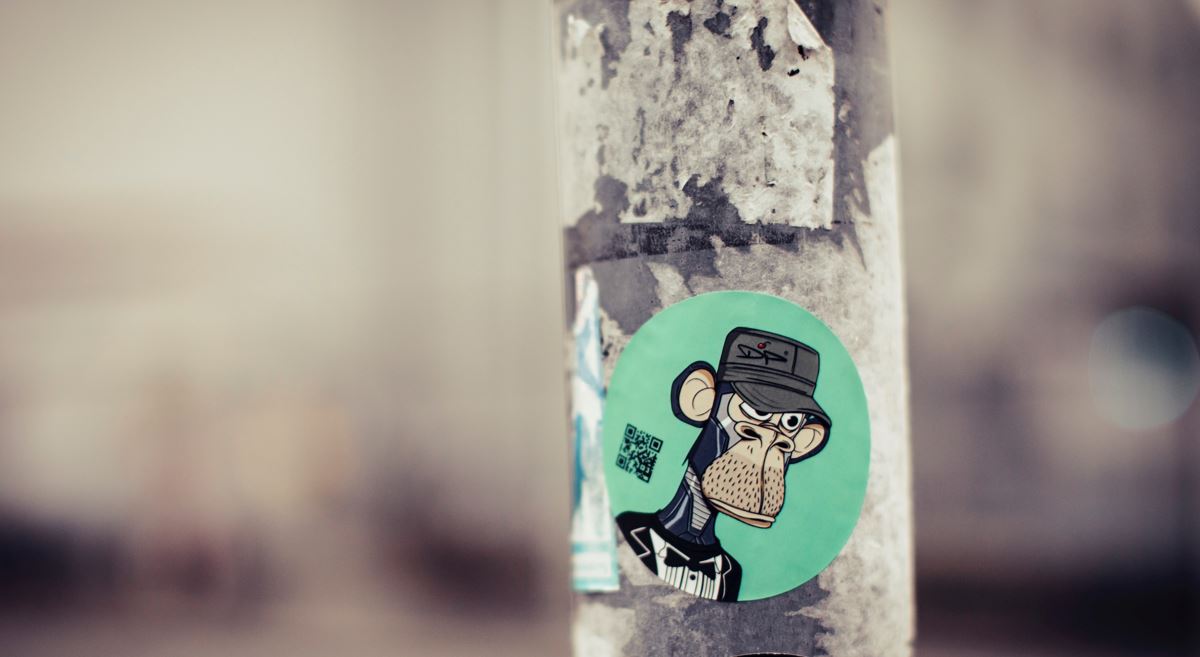 What is it with Bored Ape Yacht Club? Is it that the pictures reminiscent of the Gorillaz album cover in 2005 are inherently cool and therefore a really great investment, or is it just that because people like Gwyneth and Snoop Dog have bought into it, then less cool people are trying to imbibe the vibe by spending their money in a similar way?

You do need to spend a lot. Gwyneth and Snoop haven't mentioned how much money they threw at their apes, but Raoul Pal, who was a former co-head of European equity and equity derivative hedge fund sales at Goldman Sachs back in the days when retirement money was on offer, has been boasting about his own recent purchase, costing $400k.

In a blog titled 'Why I spent $400,000 on an ape .jpeg' Pal, admits that buying an Ape seems ludicrous and that people may think "I’m f*cking mad," but says people hitting him with these judgements are "normies" and that Bored Ape NFTs are both innately pleasant and a bridge to the future.

Pal's ape, shown below (Source: OpenSea), is known as Seneca. "He is wise but pretty chill and looks somewhat “tired”…," says Pal. "I bought this particular ape because it is a clean and simple design and I liked the rare laurel wreath and its symbolism," he explains. Pal fully empathizes with his purchase: "Senecas bloodshot eyes suggest I might be smoking some local Jamaican weed…" 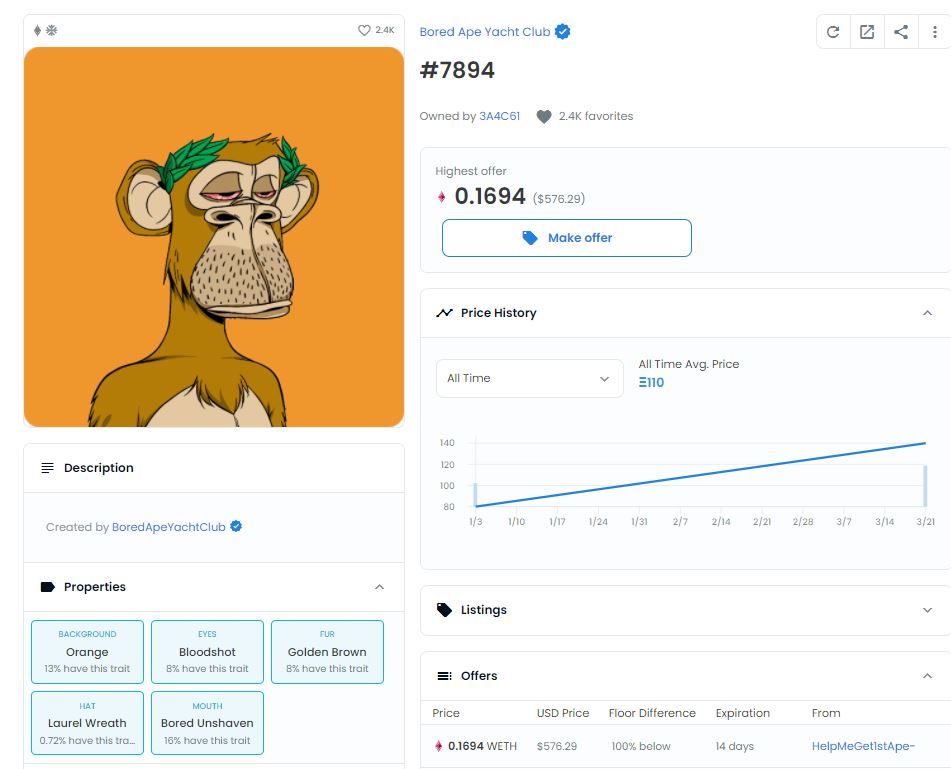 It's not just about liking the picture, though. Pal says NFTs are, "the spearhead into the future of identity, tokenization, culture and the metaverse."

He adds that Bored Apes in particular are valuable because of the strength of their brand. There's been a tie-up with Adidas; community members can sell "merch;" celebrities are buying into it (Gwyneth, Snoop, Eminem); music labels are buying into it and creating Metaverse bands; musicians themselves are buying into it and creating Metaverse bands; books are being written about it; he met the founder at a "fancy private event" and got a sniff that they're building "Web 3 metaverse, media, fashion and art brand from the ground up." And then Pal saw this pitch deck for Yuga Labs' (which creates Bored Apes) $450m seed funding round, revealing that they have a 98.5% profit margin ("it is insanely profitable"). And this was even before the launch of the Ape Coin....

By this stage, Pal is writing in italics, bold or capitals, or all three, and is in a clear state of over-stimulation. Fundamentally, he believes he's spent $400k on a passport to a new kingdom: "all of these social tokens works for the various models of digital sovereign states, which is where I think we are headed."

Bankers who left Goldman Sachs more recently and wondering how best to invest their bonuses in volatile markets may want to take note. You can get yourself a Bored Ape here.

Separately, employees of Jump Crypto seem to have had the sort of off-site strategy meeting that's incredibly intense and not because of the bonding games or revelation that everyone is an ENTJ on the Myers Briggs' test.

Dave Olsen, Jump’s president and chief investment officer, told Bloomberg that around 20 of his team were in a "tiny little room" "down in Miami" in February strategizing about crypto things when a member of the team suddenly noticed a "high-tech check forgery" taking place on their system.

Jump crypto has a system called "Wormhole" that creates a bridge between the Solana and Ethereum blockchains, for example, and enables individuals to port value from one blockchain to another. As they sat in their tiny room, it became apparent to the team that an outsider had discovered a weakness that was enabling them to use the wormhole to steal Ethereum. Although they could see the heist happening, the people in the room couldn't "kick the plug out the wall" because Blockchain isn't like that. Instead, they had to get in touch with 19 guardians for permission to bring the system down. That took 20 minutes and during that period $325m was stolen. It was all very "tense", admits Olsen. Trad-Fi offsites seem a breeze by comparison.

It's a great time to be in Hong Kong, where staff shortages are pushing pay higher and no one is moving for less than a 20% uplift. (Bloomberg)

Commerzbank's CEO is now paid less than when he was head of the retail bank at Deutsche Bank. (Twitter)

Russians are being disconnected from Bloomberg terminals. (RBC)

Spac bankers are agreeing to slash their fees on deals. Credit Suisse agreed to reduce its fees from $14.5m to $10m on a merger between a spac and a broadband company earlier this month. (Financial Times)

Proxy advisor Glass Lewis recommended investors reject UniCredit's remuneration policy because Andrea Orcel is earning too much. Last year, Orcel got €6.7m including a €5mn sign-on bonus that was not tied to performance. (Financial Times)

40% of people taking CFA exams last year were women, up from 38% in 2018. But women are only 19% of CFA Charterholders and this has remained flat. (Financial Times)

Click here to create a profile on eFinancialCareers and be discovered by recruiters for top jobs in technology and finance.